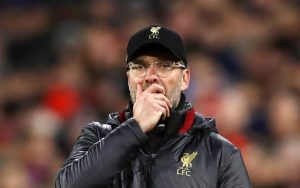 Although Liverpool has made a very strong season and is about to win the first England title for almost 30 years, manager Jurgen Klopp is not happy with all the players in the team. That’s why he plans a break with seven of them in the summer.

According to the “Mirror” newspaper, Simon Minyol, Nathan Klein, Alberto Moreno, Joel Matip, Adam Lalana, Daniel Sturridge, and Divers Oregi will leave Anfield. Some will be sold, others will be hired, but they will certainly not be in the team for the upcoming campaign.

The sale of Mignolet, Klein, Moreno and Sturridge will surely come true. Origi and Matip may get chances to return to Anfield, but if they find themselves in their new teams, they will rent. As far as Lallana is concerned, he has minimal chances to stay in the team with a good deal with him.

Klopp wants to break up with this hectic to refresh the team for the new season and plans to attract very expensive additions to their seats. The Germans are expected to explode about 200 million pounds for new players, although he has repeatedly said he does not like spending a lot of money on transfers.